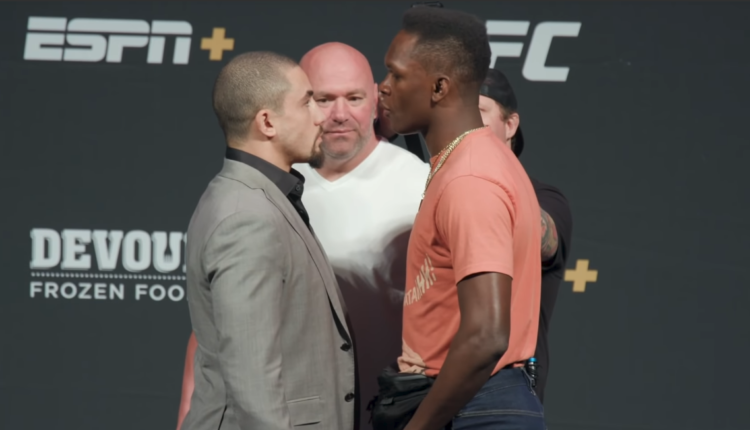 Now in the biggest combat sports event in the history of Oceania, Australia’s Whittaker battles the adopted son of New Zealand Adesanya at UFC 243.

“This fight in this atmosphere in this arena with these numbers, one, I’m making history,” Whittaker said with a potential 65,000 people filing into Marvel Stadium on October 5th. “Two, this is a huge milestone for me. This is something I’ve always wanted to do. I’ve always wanted to defend the belt here in Australia, and I’m doing that.”

“Honestly, I am more excited for how I come out of this fight, for the work that I’ll put in after this fight to the fighter that I’m going to become from this fight, because every year, I’m getting better. Every year, I have harder fights, and I’ve got a lot of years left in me.”

“Obviously, I’m not looking past Israel,” Whittaker continued. “He’s a very hard opponent, and honestly, it’s going to be a very hard fight, and I know this. I’ve prepared for this. But, the only sure thing that I know after this fight is that Monday I’m going to go home and see my kids. That’s it.”

“I don’t think he’s going to be able to withstand the heat that I bring – and I’m not looking to finish him; I’m looking to drag this into a five-round war. I’m going to drag him into the trenches.

“I’m going to do what Gastelum did, but better. Let’s see if he wants to leave early.”