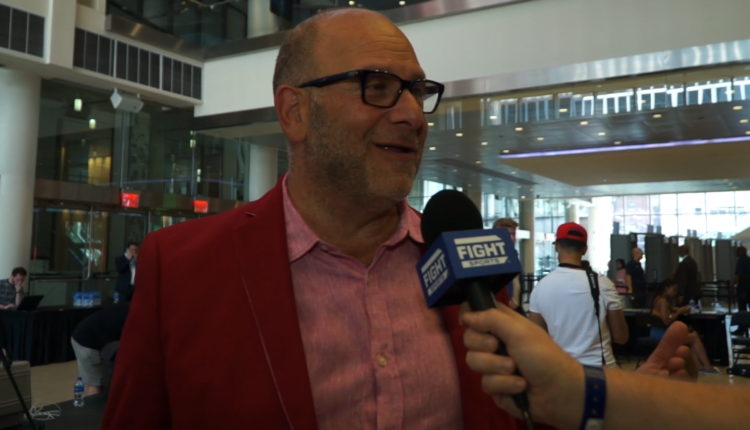 Why Is Lou DiBella Concerned With Jermall Charlo vs. Sergiy Derevyanchenko?

Promoter Lou DiBella is explaining why he is concerned about Jermall Charlo vs. Sergiy Derevyanchenko.

Charlo and Derevyanchenko are set to collide this Saturday, September 26. Charlo’s WBC Middleweight Championship will be on the line. Derevyanchenko is known for having two close fights against Gennadiy Golovkin and Daniel Jacobs. If the fight with Charlo ends up going the distance and is a close bout, DiBella’s heart might be in his throat.

Speaking to BoxingScene.com, DiBella explained why he’s a bit nervous for Derevyanchenko ahead of this weekend’s action.

“I never screamed robbery with his fights, but he could’ve won both of them. And he, at least in my mind, won one of them clearly. I’m concerned, particularly because of the way the judging has been lately, and how uneven it’s been in this pandemic. And then you have this promotion, which has been an A-side, Charlo promotion.

“I mean, you see the minute-and-a-half [promotional video] that Showtime’s got out there, it’s a piece on the Charlo brothers. The commercial I saw today on one of my cable channels was a Charlo brothers commercial. Like, you wouldn’t even think it’s two fights that are as good as these two fights are. And I’m really concerned about the wrong thing happening again.”

Derevyanchenko’s loss to Jacobs was a split decision, while his defeat at the hands of Golovkin was unanimous. In both fights, Derevyanchenko was knocked down in the first round.

Charlo is unbeaten in his pro boxing career. His record stands at 30-0. In 22 of those victories, Charlo has scored a knockout. Charlo’s last outing was a TKO win over Dennis Hogan.