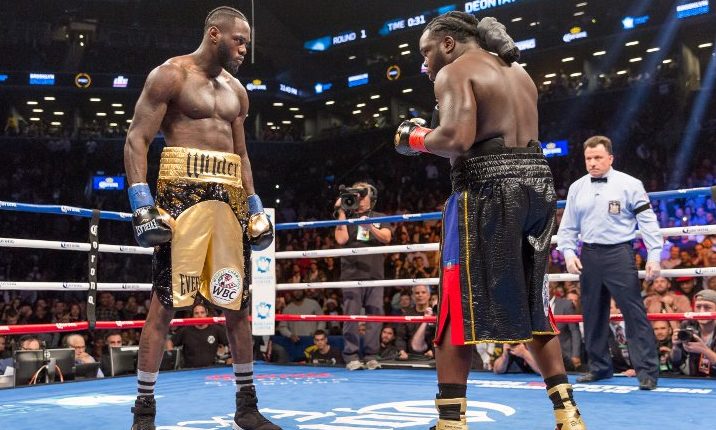 Wilder: Have To KO Joshua, Won’t Get Decision In U.K

While Deontay Wilder doesn’t consider Joseph Parker an underdog against Anthony Joshua, he thinks the WBO champion will need to lay out the British superstar and not leave anything to chance.

Wilder believes Parker possesses the tools to win their heavyweight title unification fight,  The WBC heavyweight champ just thinks Parker  cannot leave the fight in the hands of the judges.

Wilder can’t envision Parker winning a decision over Joshua in the United Kingdom, even if the unbeaten New Zealander deserves a 12-round win March 31 at Principality Stadium in Cardiff.

“I give Parker a hell of a chance,” Wilder told BoxingScene.com recently.

“Parker, he’s got good footwork. He likes to move. And like I was telling him, because I know Parker, too. Most of us guys talk and we’ll send messages back and forth. Basically, as long as he keeps with his head movement and keeps throwing punches in there, he’s gonna definitely have a great chance of winning.”

Parker knocked out 18 of his first 21 professional opponents, but each of Parker’s three WBO heavyweight title fights have gone the distance. Two of those wins were majority decisions and considered controversial – his victory over American Andy Ruiz in December 2016 and his defeat of England’s Hughie Fury on September 23.

None of Joshua’s 20 fights have gone the distance since he turned pro in October 2013.

As much as Wilder likes Parker personally, he doesn’t want Parker  to upset Joshua because Wilder wants to beat the British superstar himself in what would be by far the most lucrative opportunity of Wilder’s career.

“Of course I don’t want it to happen,” Wilder said.

“Parker, I’m sorry, brother! But he’s definitely gonna have to knock him out to get that victory. And if he don’t, I’ll avenge [it for] him easy. I can’t wait. You’re looking at the baddest man on the planet.”

Chamberlain Calls Okolie A Bully And That He Lacks “Sauce”