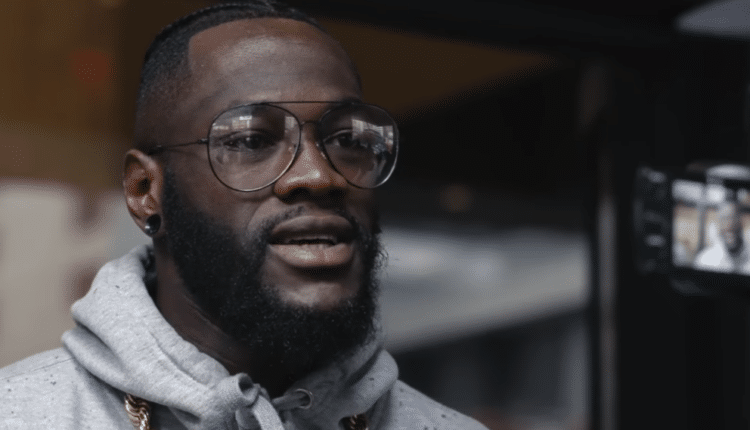 Deontay Wilder feels that what was seen on June 1st inside Madison Square Garden will be replayed on December 7th in Diriyah, Saudi Arabia, as Andy Ruiz Jr will defeat Anthony Joshua.

“For sure,” Wilder told BoxingScene.com on whether or not he’d fight Joshua if he lost to Ruiz. “I’ll want to fight Joshua as long as he in the division. If he keep losing every time he fight, if it becomes like that, then that fight will never happen. But as far as now, there’s still an opportunity.”

“Even if he loses against Ruiz, it’s still an opportunity,” said Wilder of a potential fight with Joshua.

“Even if he loses again to Ruiz, I still wanna fight him. But he can’t lose no more after that, or he’ll really, really be dropping. But it’s gonna be interesting to see what happens. He knows this is a crucial fight for him, that he must win this fight. I don’t think it’s over for him if he don’t win it, but it’s gonna be a long journey if he don’t win. We’ll see, but I still wanna fight him.”

While Joshua and Ruiz will settle things on December 7th, Wilder has his own rematches to worry about against Luis Ortiz in November and a potential rematch against Tyson Fury in February.

Masvidal Getting A King’s Ransom To Be “UFC Pawn”