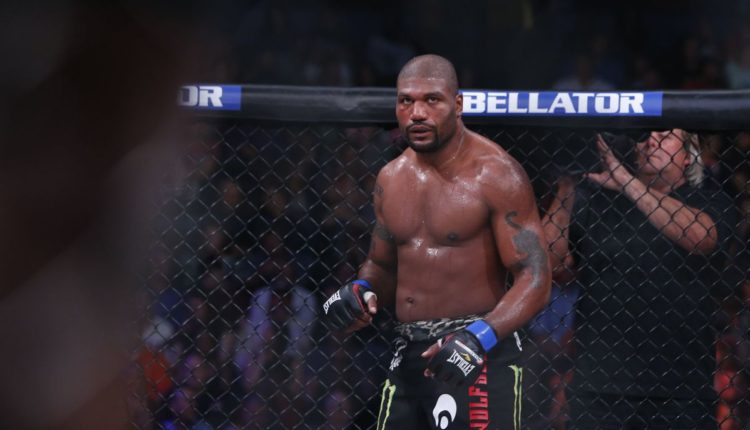 Will Coker Bring ‘Rampage’ Jackson Back To Bellator?

When it comes to bringing in talent, Bellator’s Scott Coker is open for anything that makes sense. When he invests in something, he’s all in. That is why he’s a bit hesitant to bring back Quinton “Rampage” Jackson to the Bellator team. That is, of course, unless certain conditions are met.

Speaking with MMA Junkie, Coker discussed the possibility of re-signing Jackson (38-14), who just completed his contract with the promotion in December.

“‘Rampage,’ I think he’s got to figure out what weight class he wants to fight at,” Coker stated. “That’s really what it comes down to. We fulfilled our obligation with him and we’re still talking to his manager. We have a good relationship with him and Tiki (Ghosn), and it’s just going to be like: Does he really want to do this? Does he really want to go out there and throw down? Because there’s times in a fighter’s career where it’s like, ‘That’s it.’ They’ve done everything they can in the sport.”

Jackson, a former UFC Light Heavyweight Champion, debuted in Bellator in 2013. After time away and another stint in the UFC, he returned in 2016 as a heavyweight. He beat Satoshi Ishii via split decision. “Rampage” ended up 1-3 since then. After beating Mumammed Lawal, he lost to Chael Sonnen in the Bellator Heavyweight Grand Prix. Jackson then beat Wanderlei Silva via TKO in September 2018.

It took about a year for his return, where he faced Fedor Emelianenko in Japan on the weekend of New Year’s. Out of shape, Jackson gave up following a barrage of shots, giving Fedor the TKO victory. Before the fight, Jackson got into a brawl with Bellator Heavyweight and Light Heavyweight Champion Ryan Bader in September. Those few months were hard for Jackson, who promised he wouldn’t come back to MMA until he got into fight shape.

If he fulfills his promise, will Jackson be allowed back in Bellator? Depending on where he is put, among other factors, Coker is interested in giving him another shot.

“‘Rampage’ is a legend. He’s already done it all,” Coker went on to say. “He doesn’t have anything to prove to anybody, including myself. I think that’s something we’ll have a conversation with him but Tiki is saying he wants to go back down to 205. If he’s really serious about taking another stab at it. We’ll definitely have that conversation.”

Basile On Different Weight Classes, Competing In The Olympics