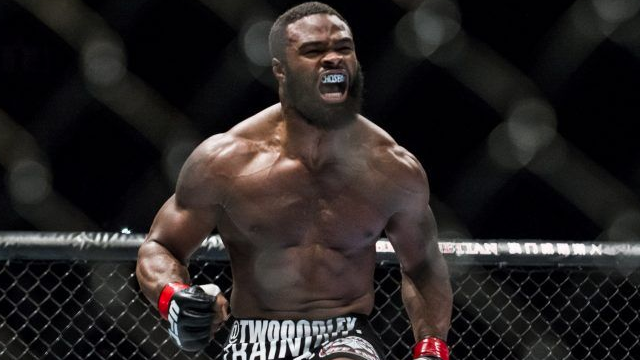 Woodley-Burns Reportedly Set For May 23

The return of Tyron Woodley may be just around the corner. According to ESPN, Woodley will be facing off against rising welterweight Gilbert Burns on May 23. It is expected the bout will take place inside the VyStar Veterans Memorial Arena in Jacksonville, Florida.

“Before I came into this interview, I got a text from Woodley that said, ‘I’m looking for Sean (Shelby). I want this fight on the 23rd.’ That’s what Woodley just told me before this interview, so we’ll see what happens,” White stated, via MMA Junkie. “… Burns is the opponent we’re looking at.”

This would be Woodley’s (19-4-1) first fight since losing the UFC Welterweight Title to Kamaru Usman at UFC 235 in March 2019. He defended the belt four times from 2016-2019. He was supposed to face Leon Edwards at UFC London, but that event was postponed. Woodley, who is set to appear on The Titan Games, showed an interest in Burns.

Burns (18-3) is on a five-fight win streak. His last bout was a TKO-win over Demian Maia back in March in Brazil. Fighting without fans, Burns earned Performance of the Night. “Durinho” returned to welterweight back in August after spending a few years in the lightweight division.

Ferguson: Khabib And McGregor Should Retire