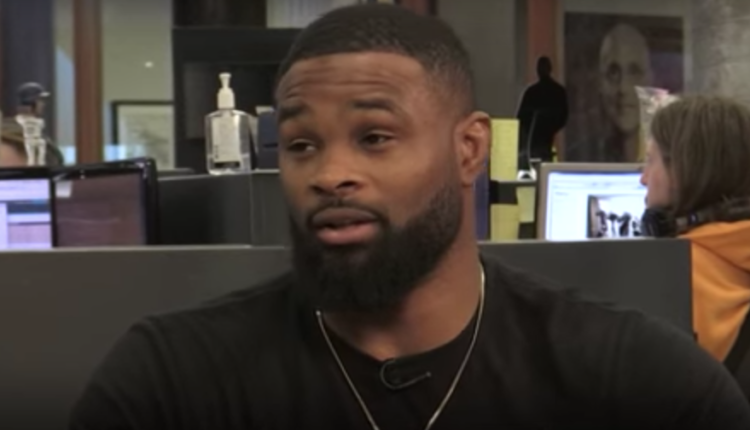 Woodley: Colby’s Rants Make It Worse For Himself

Colby Covington continues to tread on thin ice when it comes to his current employers at the UFC.

“He’s making it worse. Take it from me,” Woodley said in an interview last week with MMA Fighting.

“Just kick ass. Don’t worry about going head-to-head, don’t worry about going back and forth, because at the end of the day, you have to recognize that this is their show,” he continued. “And they’re allowing us to be out here and fight and really have this platform, and know it’s not gonna always work out well for you when you go take that direction.”

“He’ll learn. But who really feels bad for him, if you really think about it?” Woodley said of his former training partner.“ Anybody crying ‘Oh my god, they’re doing Colby so wrong?’”

“He talked himself into the position he was in. He was in Fight Pass before – Fight Pass in Asia only if you really want to be honest. He never even fought for FOX or any pay-per-view. Then he started talking.

“The only reason people listen is because Conor was gone, Jon was gone, Ronda was gone, and we needed to be entertained,” he added. “So we just allowed it to happen, and that same mouth got him taken out of a couple of title shots.”