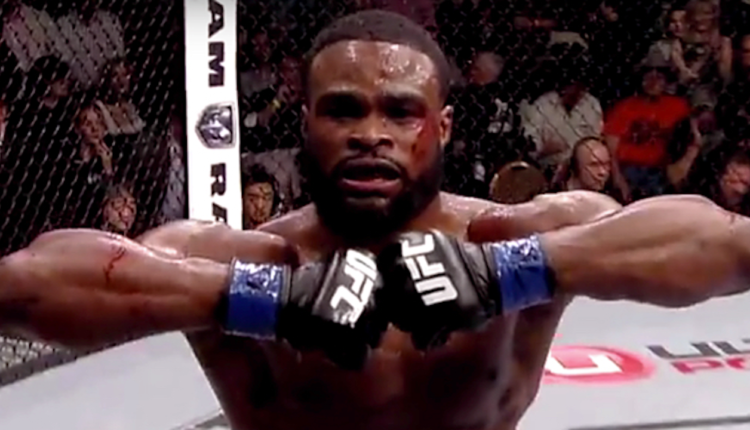 Woodley Would Move to Middleweight for GSP

Georges St-Pierre is set to make his UFC return after a four-year hiatus away from MMA. When his return was first teased, many wondered who GSP could face in his first bout back. After a potential bout with UFC Middleweight Champion Michael Bisping was called off by UFC President Dana White, it looked like GSP would return to his old stomping grounds and challenge for the UFC Welterweight Championship.

It was a fight Woodley at one point hoped for, due to the hope of drawing a lot of money. However, following Woodley’s critical performance during his title defense against Demian Maia at UFC 214 last month, White decided against a Woodley-GSP encounter and the Bisping-GSP bout was back on, and is now set for Nov. 4 in New York City at UFC 217.

GSP has gone on to say he believes he has nothing left to prove at welterweight, after two runs with the title and winning all but two of his 27 bouts (including a 12-fight win streak before the hiatus). Woodley, however, disagrees and feels GSP needs to try his luck against a top welterweight of a newer UFC era.

Woodley told Sports Illustrated that if it means stepping up in order to prove he’s a better fighter and champion than GSP, then it’s worth it.

“I’m not just saying I want to move up to middleweight, because at welterweight I’m a larger size and I feel comfortable at the weight,” Woodley said. “I have no issues making it, it’s not easy but I always get it done. To fight Bisping or Georges, I’d love fight either one. But mainly I want to fight Georges.”

As of now, Woodley’s next bout in the UFC is unknown.

Rousey Has WWE Opportunity on Table