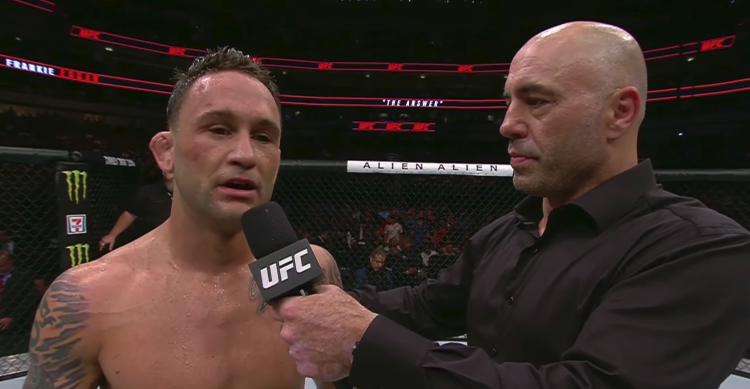 Edgar Wants McGregor Or Holloway Next

Brian Ortega denied Frankie Edgar his chance at Max Holloway, and now in the aftermath of UFC 231, the New Jersey native sees a path right to the UFC featherweight champion.

“I’m hoping I get Max,” Edgar told TMZ this week. “I’m hoping Max sticks around at 45, and we get to finally get to square up. I think it makes the most sense.”

Speaking with Ariel Helwani, Edgar expounded on it a bit further. “I told (Dana), I gave my shot up, and maybe it wasn’t the best idea, but I thought I was going to win that fight and it didn’t go my way. And he said ‘we will see,’” he said. “If Max stays I am definitely the guy for him to fight at 145. If he goes up, who knows, I think Max wants to stay at 145 and we have unfinished business. I am not Ortega, and I am a different type of fighter than him, a different challenge for Max and I think I am the guy that can get it done.”

While Holloway plots either fulfilling Dana White’s request and move to 155 or staying at featherweight, Edgar sees another competitor he could have a main event against.

“I don’t know, maybe Conor’s free. Conor wants to get down and fight. We were supposed to fight a long time too. If I’m not fighting for the belt, then I guess Conor’s the next best thing.”

Edgar was supposed to fight Holloway at UFC 222, but would end up facing Ortega due to an injury to the featherweight title holder. Conor McGregor even claimed he’d take the open spot against Edgar, but the UFC claimed there was a lack of promotion time for McGregor’s return.

“[Conor is] the most popular guy of my era,” Edgar told the gossip website. “It’ll be a shame if I retire down the road and I get my kids and grandkids ask me if I ever fought Conor McGregor and I get to say no. I wanna say yeah.”

Joshua To Be Ringside For Whyte-Chisora