K-1 Is Still A Major Force In Kickboxing 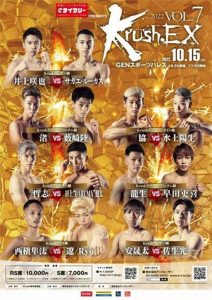 There was a time when K-1 was the global leader in Kickboxing promotion – mostly the Heavyweight division, but later the K-1 World MAX (Middleweight) division gained huge popularity too.

Fast forward to 2022 and K-1 is not really a major player on the global Kickboxing market anymore, but still hugely popular, and a major player domestically (Japan).

On Saturday the 15th of October 2022 K-1 is promoting another stellar show.

After its formation, “K-1 World League” formally incorporated the Krush brand. It was launched prior to the death of FEG (Fighting Entertainment Group)  in 2009. Krush was originally a collaboration between K-1 and AJKF (All Japan Kickboxing Federation). It was seen at the time as the second tier of K-1 competition, and produced a number of future K-1 fighters such as Takeru Segawa, Tatsuya Tsubakihara and Leona Pettas, among others.

On January 26, 2019, Krush was renamed “K-1 Krush Fight” to further announce the connection between the two brands. However, on December 7th 2019, it was renamed back to Krush. The aim of renaming the competition back to Krush was to dispel the image of the brand as the second tier of K-1. 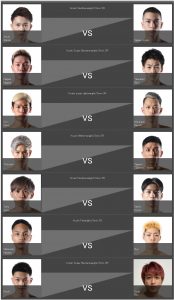 K-1 hasn’t yet posted any broadcast information, but the show is likely broadcast on Abema.tv.