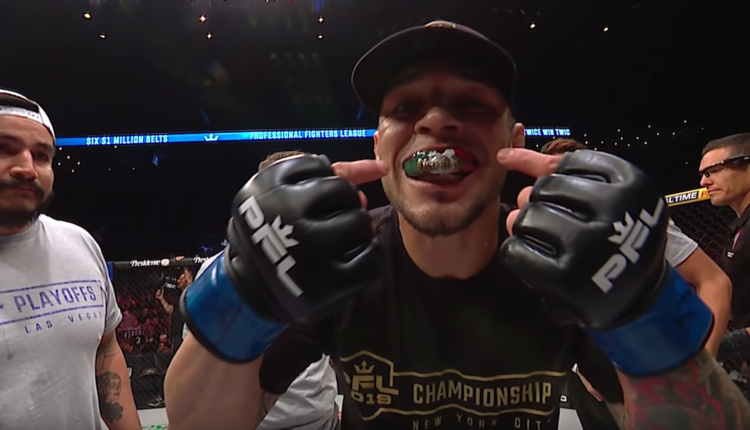 One of the championship bouts of the Professional Fighters League’s second season is now uncertain.

Daniel Pineda has reportedly failed a Nevada State Athletic Commission (NSAC)-administered drug test, which may force him out of the featherweight final with Lance Palmer at New York’s Madison Square Garden on December 31.

The failed test has not been announced or recognized as of yet by either the PFL or NSAC, nor have there been any reported details on the findings of the failed test.

Pineda reacted to the news in a tweet, claiming there were no steroids in his system.

His manager, Jason House, added that they are “in the process of researching what could have led to a positive test.”

“We plan on appealing the decision once all information is gathered,” House said.

Pineda, a UFC and Bellator veteran, did not compete in the regular season, entering the playoffs as a replacement for Damon Jackson. Pineda scored finishes of both Movlid Khaibulaev and Jeremy Kennedy at PFL 8 last month to reach the tournament final.

No potential replacement has been tabbed as of yet, but Palmer, via his Instagram, is claiming he will be facing Alex Gilpin in the final now. Palmer, the defending champion, defeated Gilpin twice already this season — once in a regular-season bout at PFL 2 and in a semifinal bout at PFL 8.

Due to Pineda failing his drug test during the @pflmma playoffs, I will be facing Alex Gilpin in the Championships. Just under 7 weeks until we go to war!

Stipe Miocic Opens Up About Recent Loss Of His Father