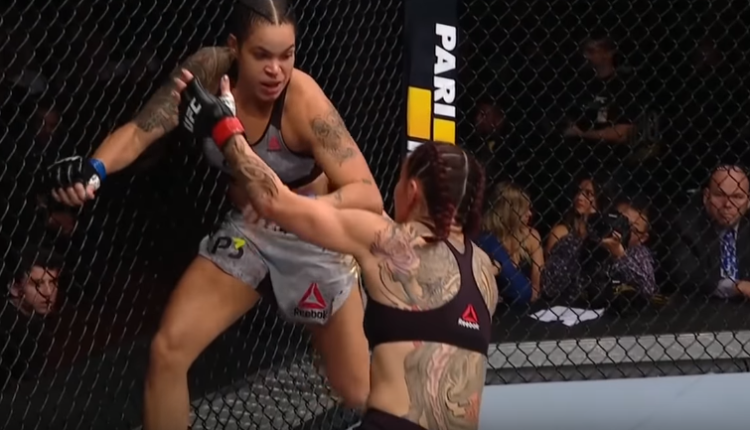 Don’t expect a rematch between Amanda Nunes and Cris Cyborg any time soon, according to UFC President Dana White.

While most of the talk surrounding UFC 232 was focused on Jon Jones and the event’s move to California, Cyborg defended the UFC Women’s Featherweight Championship against Nunes, the UFC women’s bantamweight champion.

Both women came out firing, but Nunes would end up rocking Cyborg and finishing her, becoming both the first woman in UFC history to win titles in two weight classes and to hold them simultaneously.

Considering this was Cyborg’s first taste of defeat since losing her 2005 professional debut, and her two previous successful defenses of the UFC title, many feel Cyborg is deserving of an immediate rematch.

“I can rematch [Nunes] any time Dana White wants to put it together,” Cyborg said at the UFC 232 post-fight press conference. “I love fighting and this has put more fire in my heart to continue fighting…When I go step in the cage, say I want to prove something. I like to improve. I like to get better and continue training. And after this fight, for sure, I’m going to train harder.”

White, however, had a completely different opinion on the matter.

“I don’t think you do [an immediate rematch],” he said. “It was a pretty convincing win. I gotta get back in the lab and figure it out [what’s next for Cyborg], but we’ll come up with something for her.”

Nunes, meanwhile, did not comment on her view of if Cyborg deserved an immediate crack at her newly-won gold. In fact, Nunes also did not state if she’ll focus on bantamweight or featherweight, opting to take the time and rejoice her upset victory.

“I have to sit down with my coaches and see the next step,” Nunes said. “This moment is huge in my life, you know? I have to process it. I can’t think about anything else right now, honestly. We’ll see what is going to happen next.”

Cyborg, 3 Others, Weigh 10+ Percent Over on Fight Night