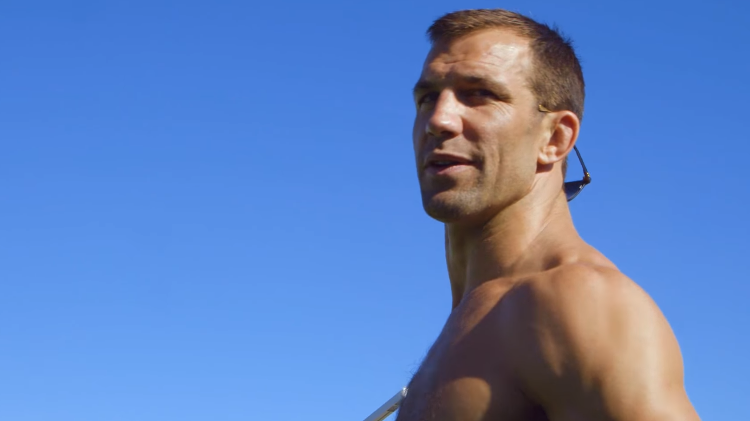 Rockhold: Happy To Not Be Fighting

Luke Rockhold has not announced his retirement, but the former UFC and Strikeforce middleweight champion is more likely done as a professional fighter.

While Rockhold is set for a grappling match against Nick Rodgriguez on November 30th at Polaris 12, he’s happy to never step inside a cage again after his loss to Jan Blachowicz earlier this year.

“My head is content where I’m at right now,” Rockhold told MMA Fighting. “I’ve done a lot of things in the sport. I’m not trying to be a headline maker. I’m not trying to say I’m going to retire and then want to come back. I don’t like to close doors on things in life.

“Right now, I’m just happy not fighting. It feels good to focus on other things.”

“Fighting takes a lot. I’ve done it, I’ve been to the top of the game. I just don’t have the same passion, the hunger for it at this point,” Rockhold said while he’s been working his way into films and doing some modeling for Ralph Lauren. “I’m excited to go in other realms of life. I know I have a lot of fans out there. I’m sorry I’m not fighting but you never know. Maybe someday I will but I don’t foresee it at this point.

“A couple grappling matches to keep myself entertained in the process, I think the people who tune in will have some fun watching. I’m going to bring it to this kid, and if I do another one, I’m sure it’s going to be fun and entertaining.”

“I’m well off. I can choose what I want to do,” Rockhold said of what’s next. “I’ve got a couple companies I’m working with, and I’ve got checks flowing from so many different ways. I’m not like the rest of these guys where I have to pursue and beat the thing into the ground with fighting or jiu-jitsu or anything. There’s other areas of life and I can put some energy and focus on those things.

“Obviously you can’t fight forever. I can make more money outside the cage so if I can do that, why not? Not have to deal with the political bulls**t that comes with fighting and the UFC, all that stuff we know about. I like it. It makes me happy.”

“I’m not trying to make it a job. I’m just having fun with it,” Rockhold said. “I’m not going out there and pursuing all these grappling things but to go pick off a couple guys and prove that I’m still at the top of my game. Why not?

“I’m happy not fighting. I’m happy being back on the west coast. I’m doing what I’m doing and not worrying with that burden of fighting over my head and pursuing that,” Rockhold stated.

“I’ve been doing it for nearly 14 years. I’ve conquered two different companies. I’ve been the best in the world undisputedly. I sleep well with that. Not a lot guys can do that.”

“I’m never one to quit something entirely. I don’t want to put a roadblock anywhere in life. I always leave doors open. That’s how I live my life. I’ve fared well for myself thus far. I’m going to keep that mentality and keep that lifestyle.”